After purchasing my Sherline Mill and customizing it to stepper motors and full CNC I spent a few months playing with scraps and learning some metal working techniques. What a different world from woodworking!

I used the ‘standard’ Mach3 software to control the mill, but have continuously found myself despising the software. I’m certain that when it was written it was the top of the heap.

However, this software is buggy as hell. It crashes a LOT. Many of the ‘features’ are either beta and never finished, or assumed to work and never tests. It handles the basics fine–give it G-code and it will run–but I really wanted to use it’s Visual Basic capabilities to program my parts manually. The VB interface (which isn’t really VB but is actually something called Cypress Basic) is also very buggy. I think it was patched into the code to claim VB capability but never truly debugged entirely. When I inquired only of Mach3 experts about some issues I was told I “wasn’t using Mach3 the way it was intended”. That may be so, but I was only doing things the software claimed it could do. If it crashed with just a little pushing what good was it?

It took a LOT of time to make the code work and I still see a lot of Mach3 crashes. The company that now owns the ancient Mach3 code base has been claiming a new version will be out any day for the last few years….I’m thinking they had no idea what they were getting into with that project. They’ve also said that the new code will no longer support VB scripting, chosing LUA as it’s new script language. I have nothing against alternative scripting languages, but LUA?? In twenty-five years of programming I’ve only seen one other application that used LUA and even they switched to Python after a few years. This is what happens when programmers make decisions that should be made by users. What to they say about eating your own dog food….?

I’ve been giving serious consideration to writing my own Mill controller. I don’t think I’d even use G-code as a base. It seems like something that could use an entirely new approach and it would be an interesting project. Right now I’m putting it off until I get some more chips made…… 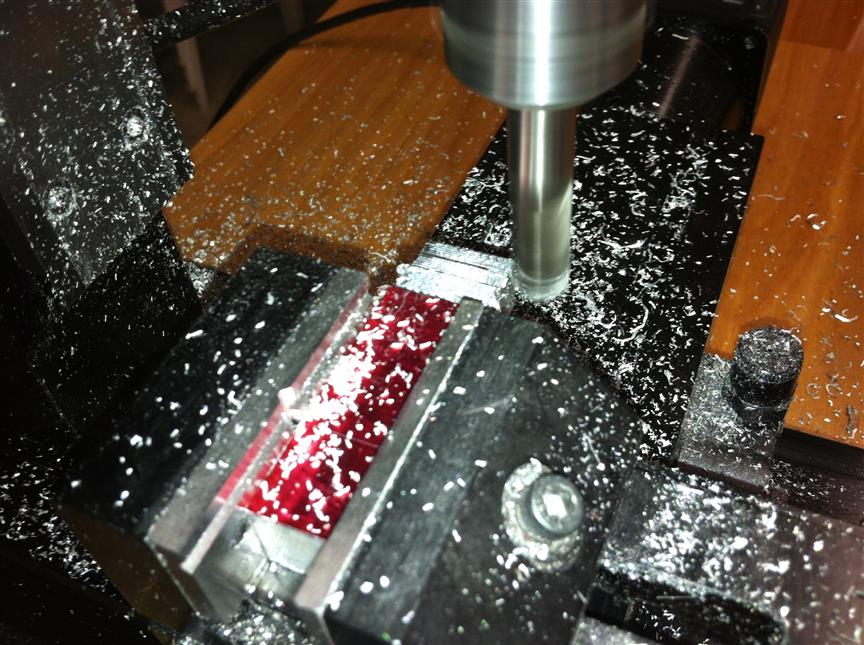 A few practice pieces from 6061 aluminum…..I have a local metal working supply shop that has a large selection of end mills in bins for a couple bucks each. It’s a great local resource and let’s me avoid shipping costs every time I need a simple tool. Need a 3/8″ double-sided 2 fluted high speed steel end mill? They’ve got 50 in stock for $3.00 each. At those prices you don’t feel bad experimenting and breaking a few end mills. 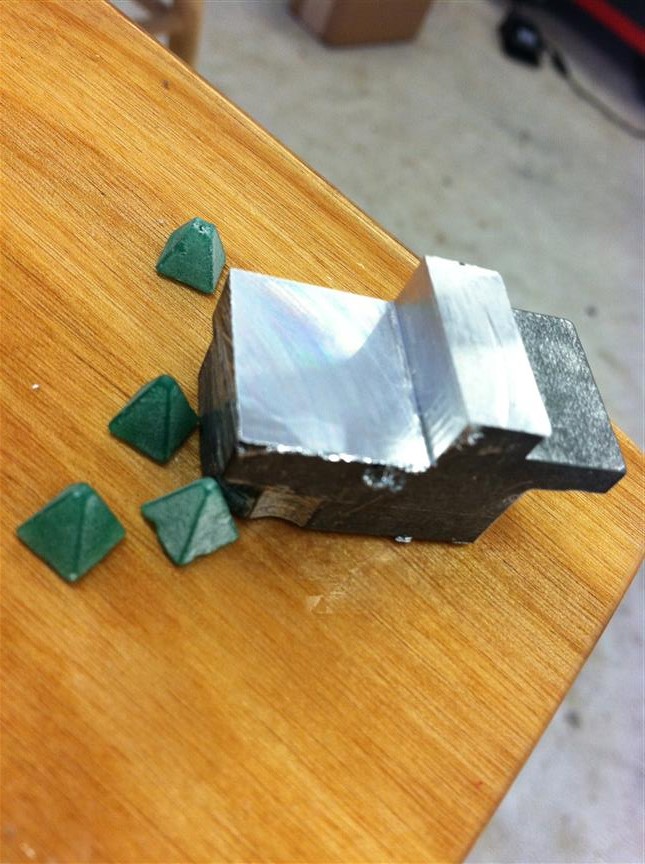 I’ve been making some parallels from hot rolled steel but doing most of my cutting with 6061 aluminum. I really like the aluminum better and think it will be a better material for the T800 hand. The Sherline Mill is a very nice piece of hardware. The main thing it is missing are covers for it’s ways, but that isn’t fatal. I figure that by the time I wear them out I’ll want to build a larger mill from scratch. 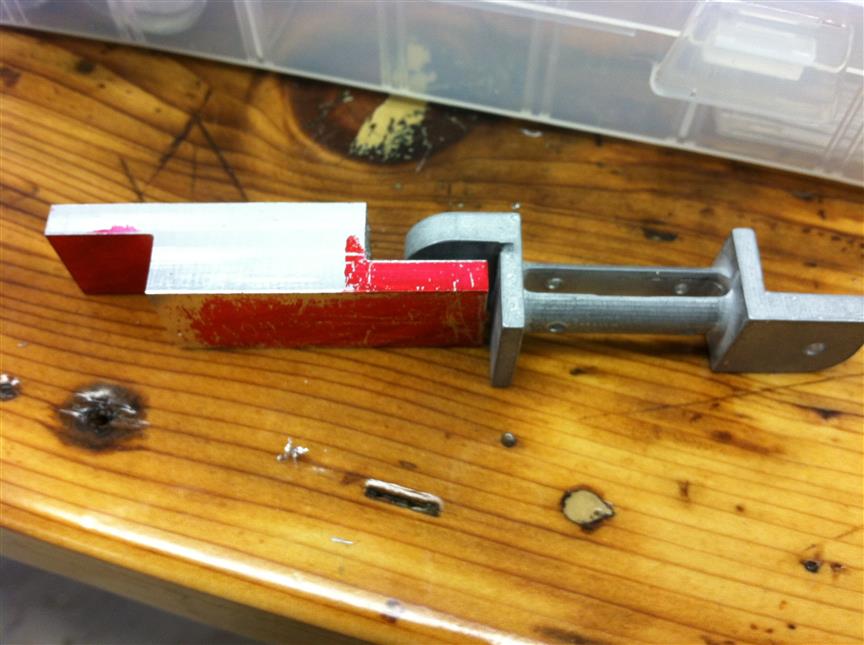 First T800 phalanges for a single finger. Lots of metal removal and some operations that would probably have been faster on a lathe but I figured out a way to do them on my CNC rotary table on the mill. Takes longer but worked very well once I figured out the math and code.

I purchases a vibratory tumbler with the intention of polishing the finished pieces. Through some trial and error I found that Ceramic media left the Aluminum with a black coating (Aluminum Oxide, perhaps?) After some experimenting I found that tumbling in Plastic Pyramid media for 2 days, then walnut shells embedded with red rough for 8 hours produced a nice polished chrome-like appearance. Too long in the pyramids caused the edges of the metal to “round” more than I wanted. 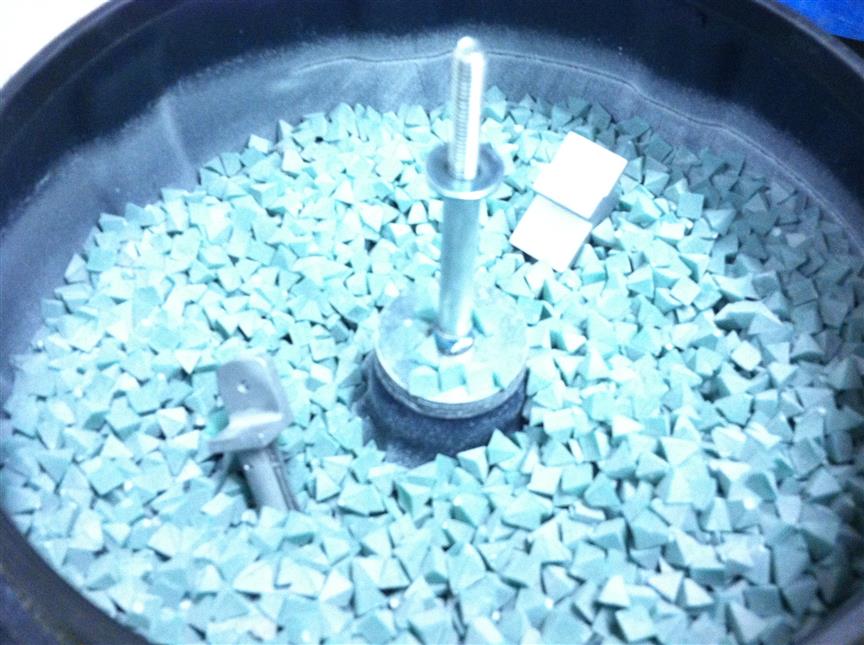 The quest for walnut media was interesting. Online suppliers wanted $50 for small quantities (several pounds) of crushed walnut shell media. An online metalworker suggested to me looking in a pet store for Amphibian/Lizard Litter used to line the cages of pets. Sure enough, they had twenty pound bags of the stuff (pure ground walnut shells) for $8.00!

The Red Rough I added to the walnut media was suggested online…..that stuff is messy. It sticks to everything including your hands. I’m going to try some tests without it and see if the difference is noticeable. 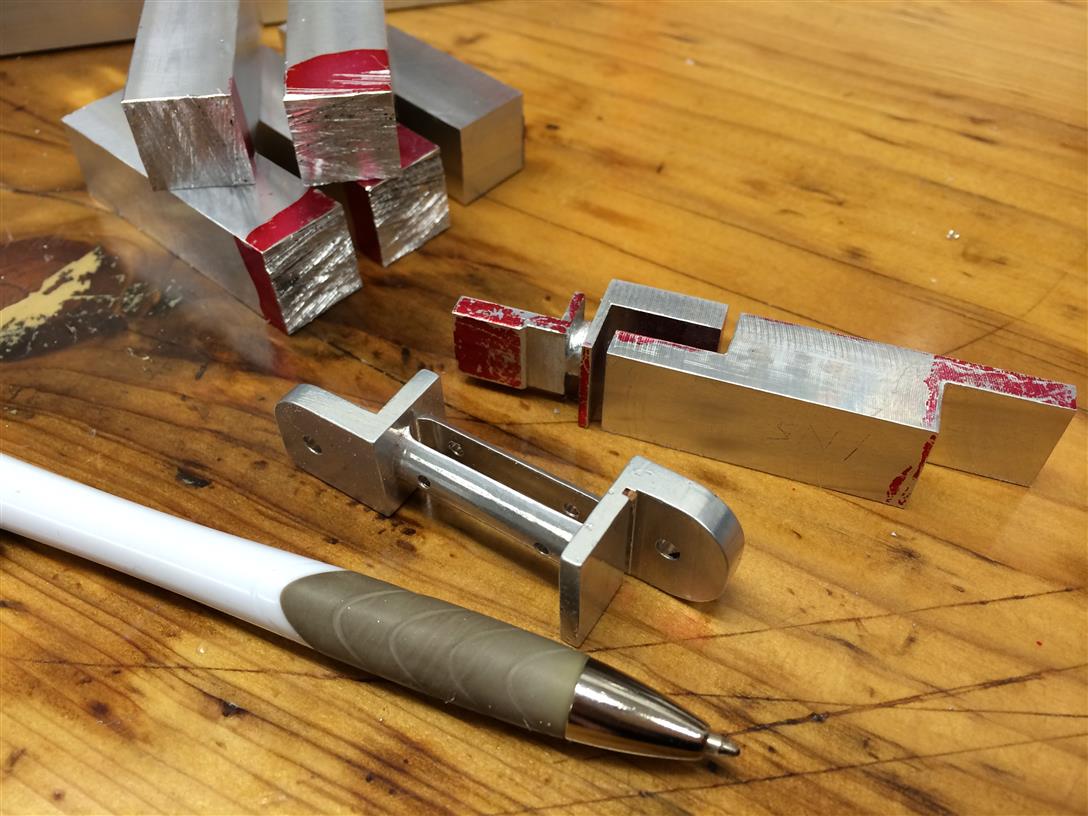 First programming lines, then block removal, then arcs, then slots….I practiced some of the basics. I wrote everything in VB/Cypress Basic and it generated the G-Code that ran in Mach3. I put a lot of error correction into the VB to catch Mach3 Exceptions.

Through the combination of the rotary table and the mill I’ve managed to avoid purchasing a lathe. It would definitely be faster to do some of these cuts but I really like the fact that I can do all the setups on the mill. 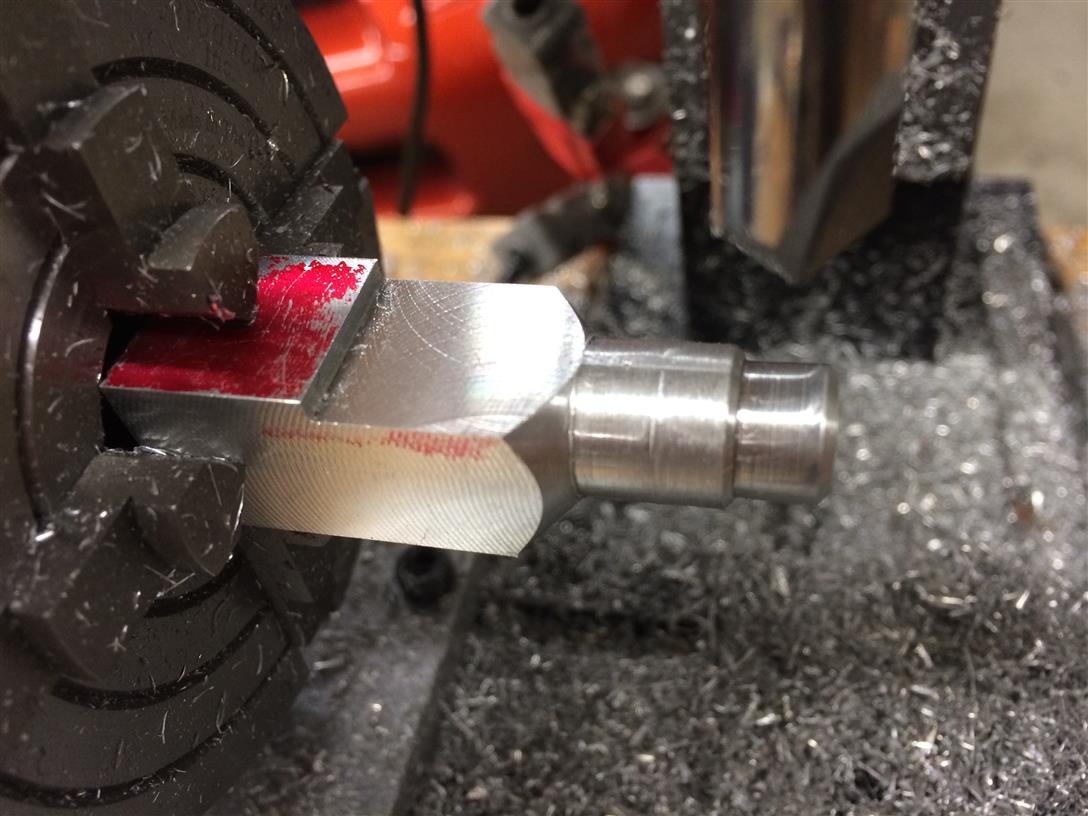 After a few weeks of practice I’ve started milling actual parts. I’m actually starting to get the hang of this metal stuff….. 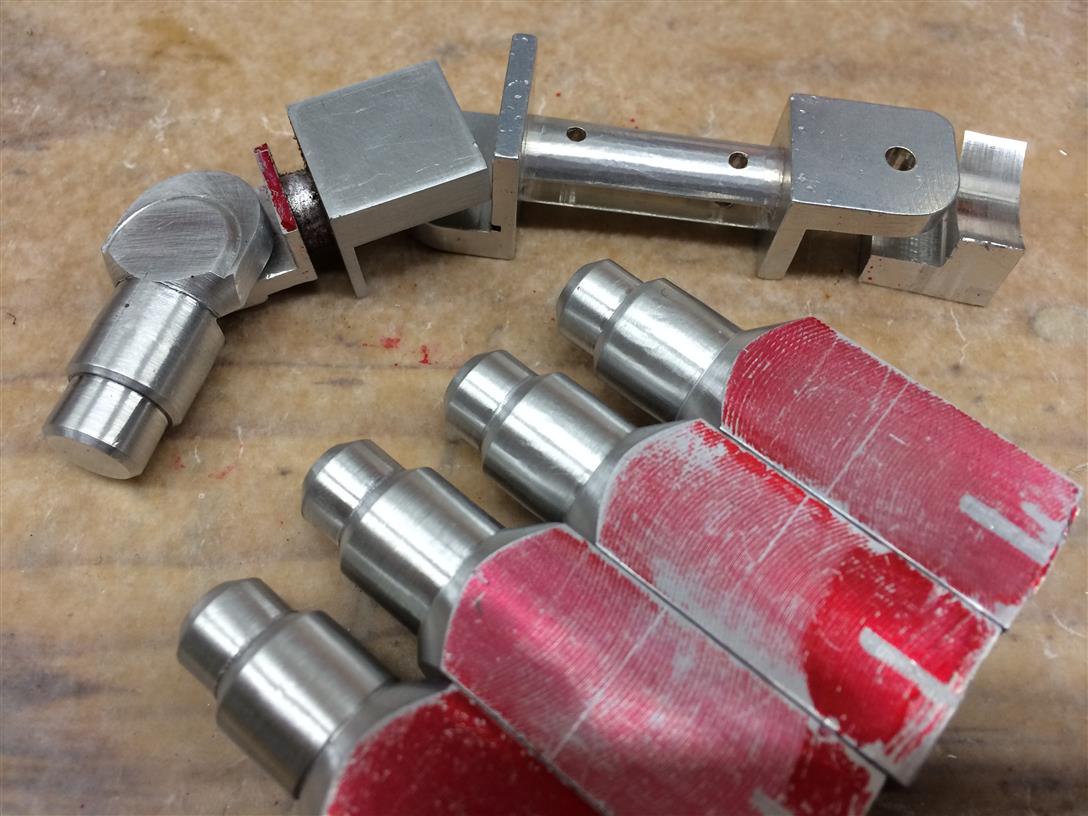