Now we’re getting serious. I have spent about two years tooling up for this build and now I’m making real parts.

I’ll start with the three middle fingers bones. These are similar enough to be machines together and should save some time on tool changes and holding.

I started by rough cutting three bars of 3/4 6061 Aluminum on the bandsaw then truing them up on the mill with a carbide facemill. 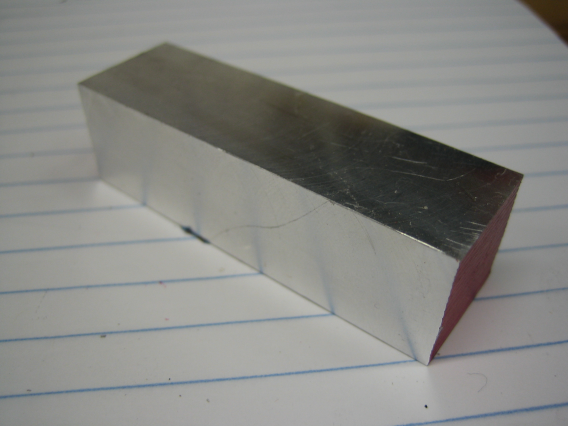 One side of each of these phalanges gets milled down a bit. This makes it a bit of a chore to hold in a chuck because they are more difficult to center….so i use a four-jaw independent chuck. 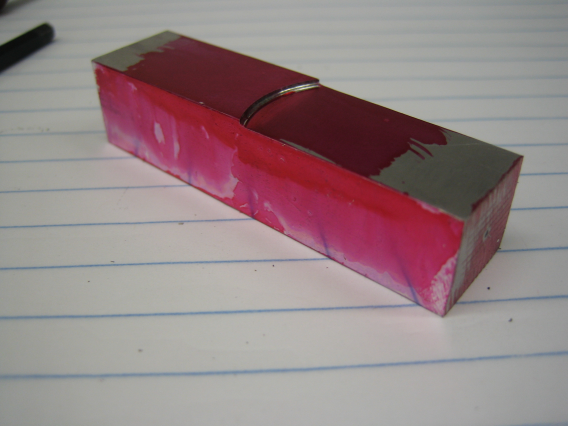 I don’t have a lathe so I planned to mount my rotary table as a fourth axis and (slowly) mill out the center of the stock to create the “bar-bell” shape of the phalanges. I wrote a custom tool for my MillDroid code that makes setup simple and mills each one in about 40 minutes. A Lathe would undoubtedly be faster, but I don’t think i would want to subject a small mill to the interrupted cutting of taking a square piece of stock down to a cylinder….that’s a lot of abuse to the hardware. 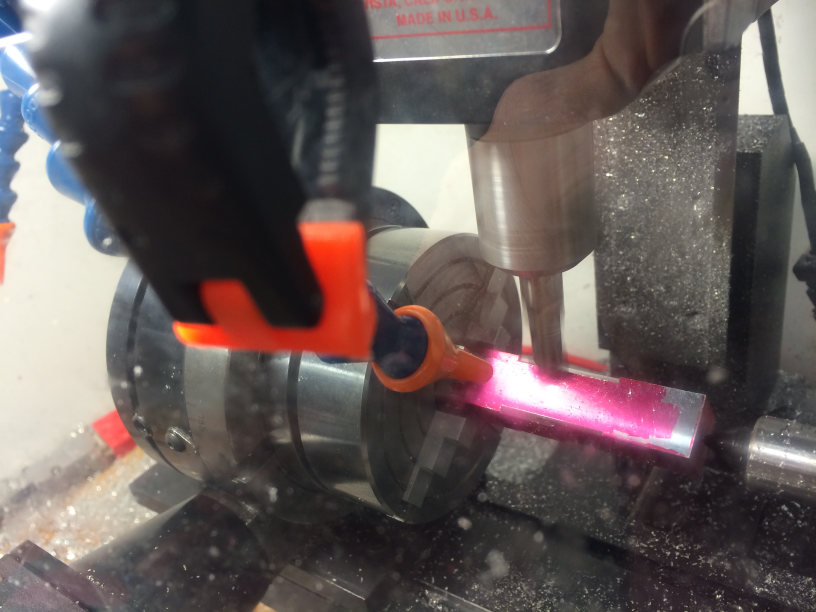 The pieces moves past the 1/2″ end mill left and right, rotating the A axis every pass by several degrees. 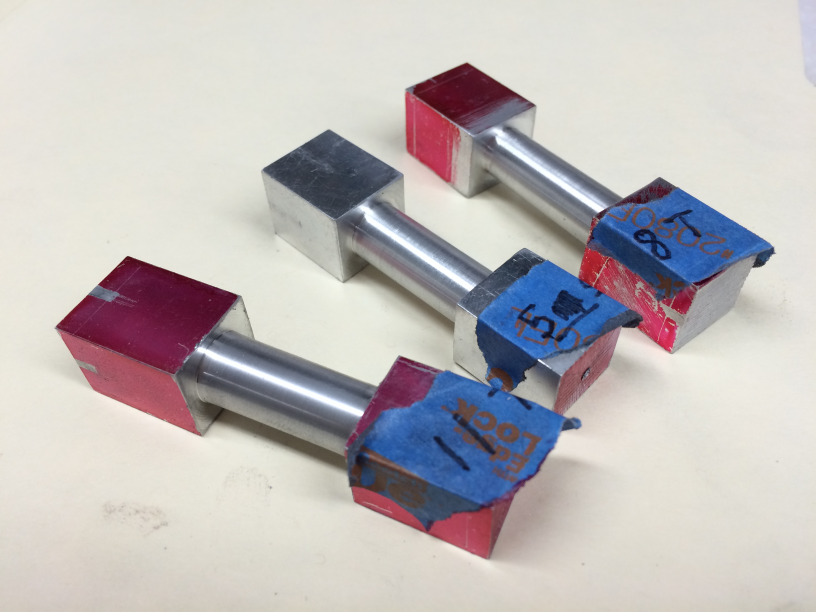 Three barbells later! Good finish on the cylindrical parts is achieved with a quick pass of wet sandpaper grades 360-500-1000-1500-2000 in increasing order before I remove them from the rotary table chuck.

I wrote a Slotting custom tool for MillDroid to cut the slots that run through the core of the cylinder in the barbells.

Holding these odd-shaped parts securely for the next cutting operation required a bit of R&D. I built a jig for my tooling plate to keep the parts centered between two aluminum plates then clamped them down with an aluminum bar. The offset side it lifter with a metal shim to keep the whole thing square. 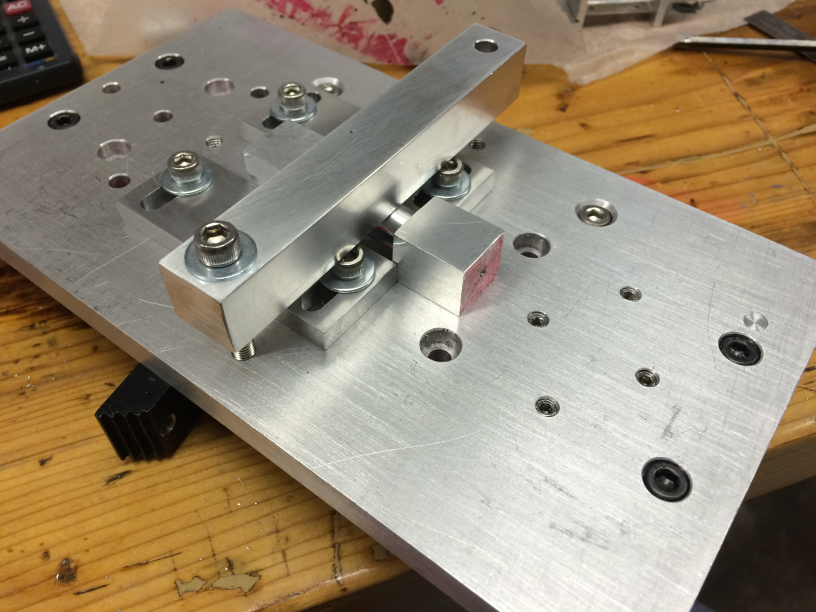 Now I could use a carbide flycutter to cut away the ends into the required L-shapes. 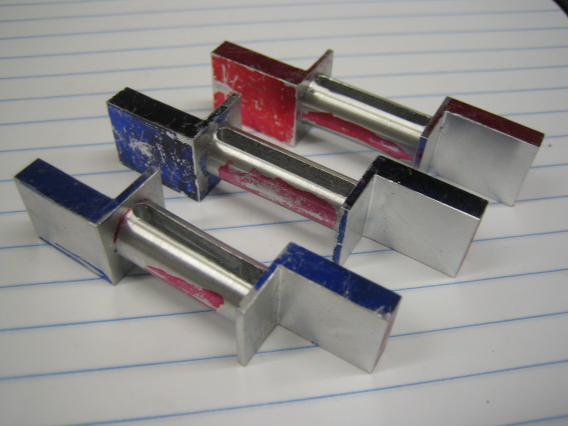