Time to get serious about the lighting.

As I began filling the cities with windows, I realized that the holes were so small (almost .25 mm) that I was losing them between the layers of detail! I had to make a small backlight that I could place into each city so I could find the tiny spec of a window. Because the resin was thick, the light needed to be directly behind the hole to find it. 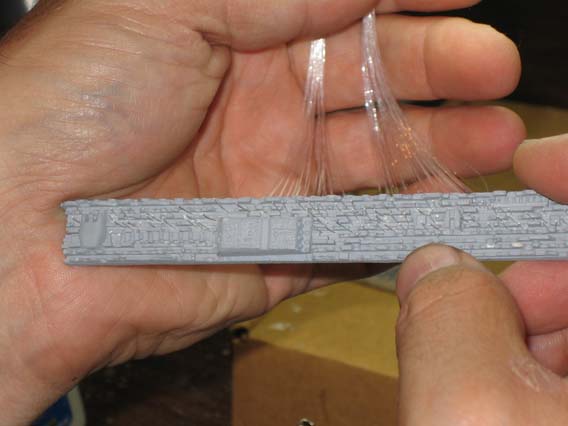 Another side effect of all the lighting–the fiber optics, once bundled, began to take up quite a bit of space within the cities. The density of the optics made it very difficult to continue threading optics into their windows. I began doing the fibers one layer at a time, gluing with white glue, then waiting for the layer to dry overnight before continuing. Tedious, but it worked. Individual bundles of fibers have to number close to 100 in order to use the full surface of an LED and still be lit. 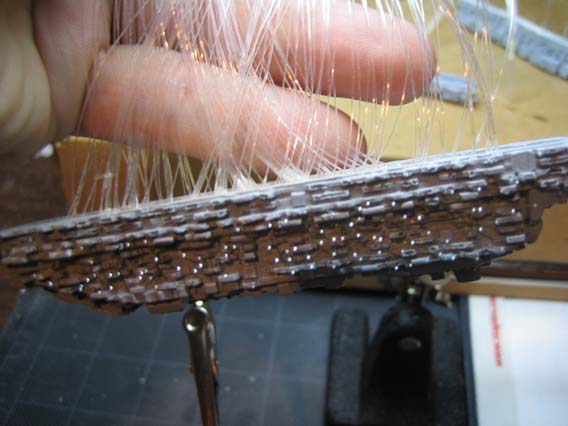 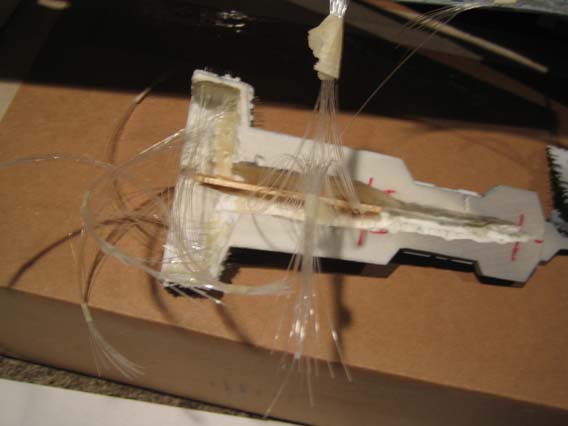