I think I launched my first model rockets when I was around eight or nine years old at the local school fields. I remember my younger sister molly riding in my wagon as we hauled it and my fleet out for flight. She would chase them down as fast as I could launch them. When my other sister and brother were old enough they would accompany us as well. The early fleet was half store bought and half homebrew. 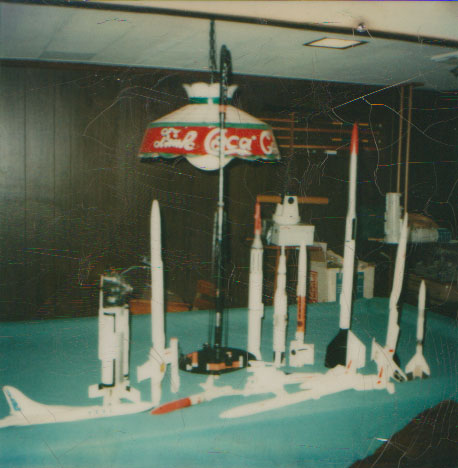 Polaroid! Those who remember Estes might recognize the SkyDart, Atlantis, Condor (sans Glider), Andromeda, Orbital Transport, Interceptor, Photon Disruptor, Mini-Saturn V, Mini-Beta (that was my little brother’s) X-Wing and Mercury Redstone. Also a homemade 110 Titan IIIc camera rocket I had worked up with Tony Campana, another bud. This was the fleet in January 1976. I took a lot of flack for painting the Photon with house paint. Hey, it was cheap and handy!

In Junior High I met Mike Aprile, Brian Hebel and Paul Candel with whom I would launch a lot of rockets. Between the three of us we flew anything Estes or Centuri made. Heilmann Park in Detroit was our field and the trees around that park probably still contain many of our birds that never made it back into our hands!

I entered the state competitions a few time back then and snagged a few ribbons. My dad would drive me to Ford Field for state matches and to watch the R/C Airplane competitions. He drove me around a lot for those things and always pushed me to enter those and join rocketry clubs and such and because of him I learned a lot. 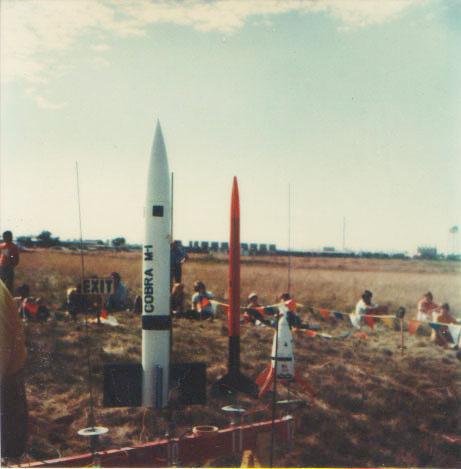 I first saw the Cobra M1 missile in 6th grade in a military book. It was a four-inch diamter, four foot long anti-tank missle. I decided to build one in 1980 that was full-size, the actual size of the real thing. It used a D12 engine and gave a nice, slow, low flight at the state meet that year. I was mighty proud of it. This design became a foundation for me when trying new build techniques in the following years.

The same year one of the advanced rocketeers introduced me to medium/high powered rocketry…..WHAT? You mean there are engines bigger than an Estes D?! I’d never heard of such a thing! I was an E flight that year, and F and a G engine! I was stunned by the power of those things! The next year, I refitted my Cobra for an F100 and flew it at the state meet. However, I wasn’t prepared for the thrust the F100 could put out and it ripped the guts out of the Cobra. That was when I learned that Elmer’s Glue and Balsa were not up to the task. 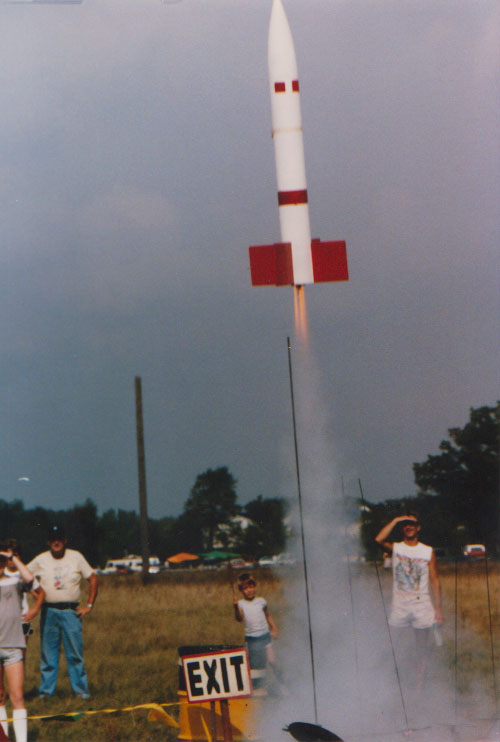 In 1985 I built a new cobra using a three-D12 cluster (F100 engines were expensive!) and got several excellent flights. It was a good crowd-pleaser because it made lots of noise and flew slow enough to watch the exhaust. On it’s last flight I had a an engine core blowout and the remaining engines couldn’t eject the parachutes. After a nose dive from 900 feet she smacked the ground hard enough to wake the prairie dogs. 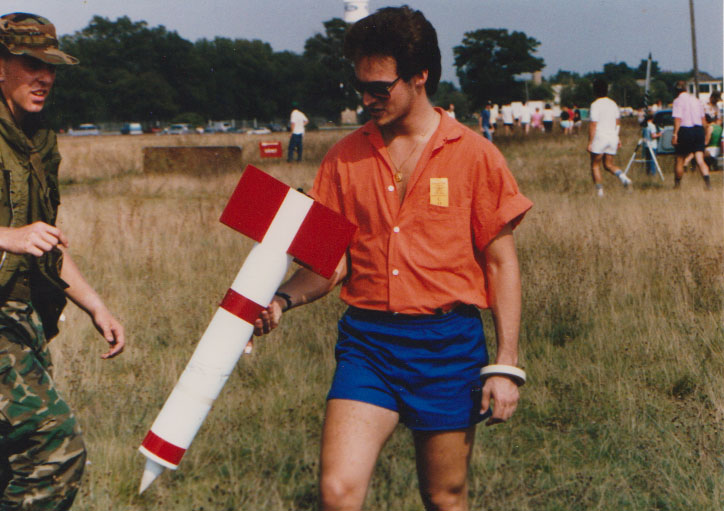 “What the heck went wrong?”

After repairs and a fresh coat of black paint she flew several more times before retiring to storage.