As I was climbing around in the ceiling I made a few discoveries.

The garage has a span of 34 feet. The previous owner had built the garage himself and obviously didn’t know a lot about construction. The main beam running the length of the garage consisted of a 16 foot 2×10 and a 2×8 in an L-shaped beam. Both were butted against another pair in the middle of the span–so that was actually no support in the center of the garage as though the beams weren’t even there! I measured and sure enough there was a drop in the center of the roof by about 7 inches.

I was a bit concerned that the weight of all the new lumber I was using to finish the ceiling could be supported by the structure, so the newest project becomes structurally reinforcing the roof.

I consulted my brother-in-law who has built houses in the past and he made some recommendations. After jacking up the center of the roof to level the ceiling I set about reinforcing the existing beams with four new staggered 2x12s, all bound together with construction adhesive and screws. I then recentered all the warped ceiling joists and reinforced them with hurricane brackets. 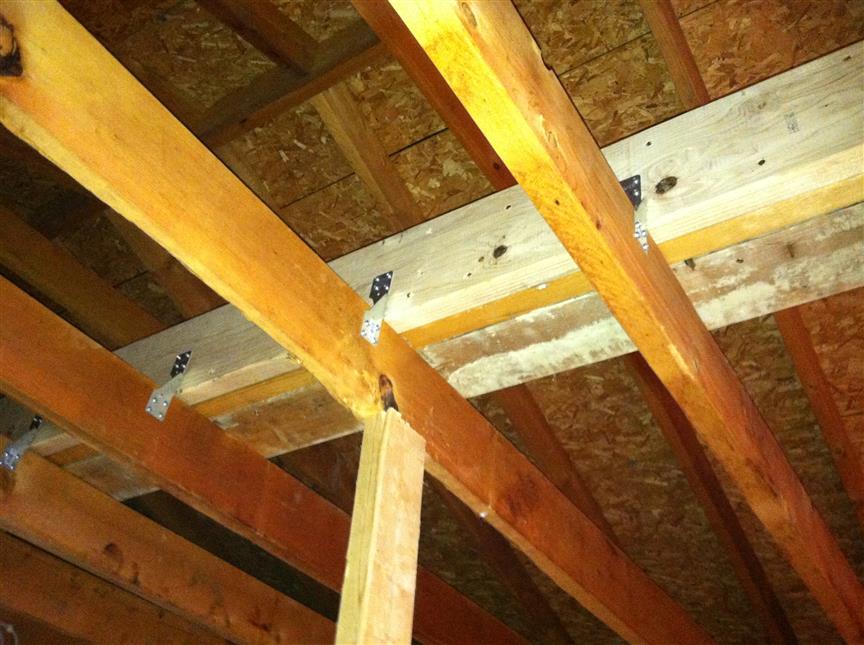 Since the roof itself should bear some of the load, I installed trusses on every other board to the roof. 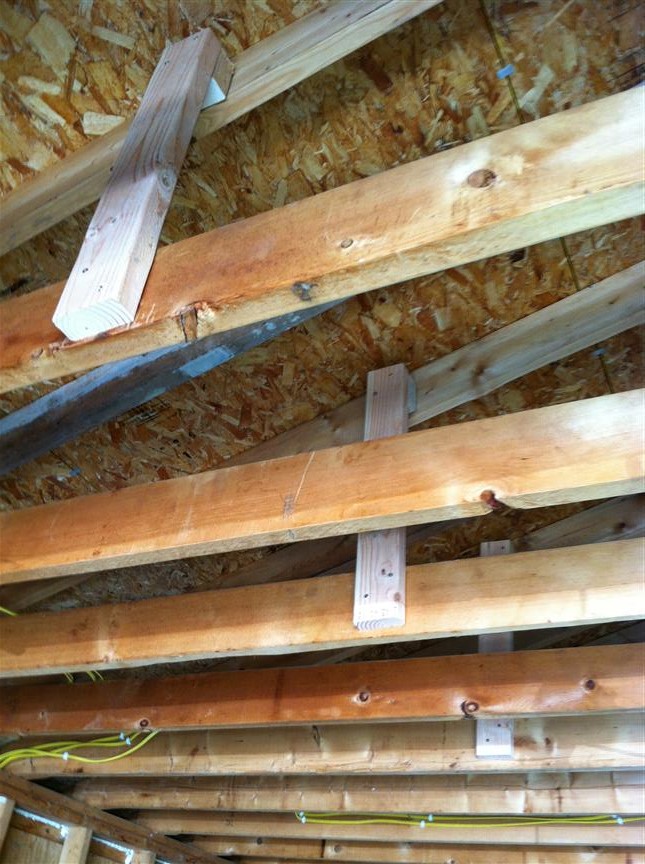 Since I did all the work myself, this was all a very slow process. A little work each night after getting home.

When I finally released the jacks, the ceiling only settled by 1/2″ after a few weeks. Not bad at all.