This was a tough project. I originally bid out the project to have my shop heated to several companies. 7 of 8 never returned my calls. One came back with a bid of $5,000 to put in a $1,000 heater. I was appalled at the lack of motivation and greed of these companies, not to mention the lack of professionalism. Failure to return calls was rampant. I tried again several months later with a whole new crop of companies and got similar results. I decided to do the install myself (with some help from my brother-in-law for the heavy lifting parts).

I did manage to find a local company to dig a trench and run the gas line from my home to the shop for a reasonable fee.

The biggest problem was trying to determine the definition of “code” for my city. Calls to the city inspector with questions were returned as “whatever is says in the instructions is okay”. The problem was that the details i was asking about were not in the instructions and I didn’t want to find out after I installed it that I’d missed something critical (or safe)!

Lots of research later I installed a Sterline 105 BTU heater with external combusion. I recommend it highly, although the documentation had several things critically wrong, such as reversed intake and exhaust lines on the instructions! I notified them and they have since changed it.

Since I was having the trench dug I figured I’d run some 1-1/2″ PVC pipe myself with a 30 amp cable in case I wanted to increase my currently anemic power supply. This would avoid having to re-trench again at a later date. 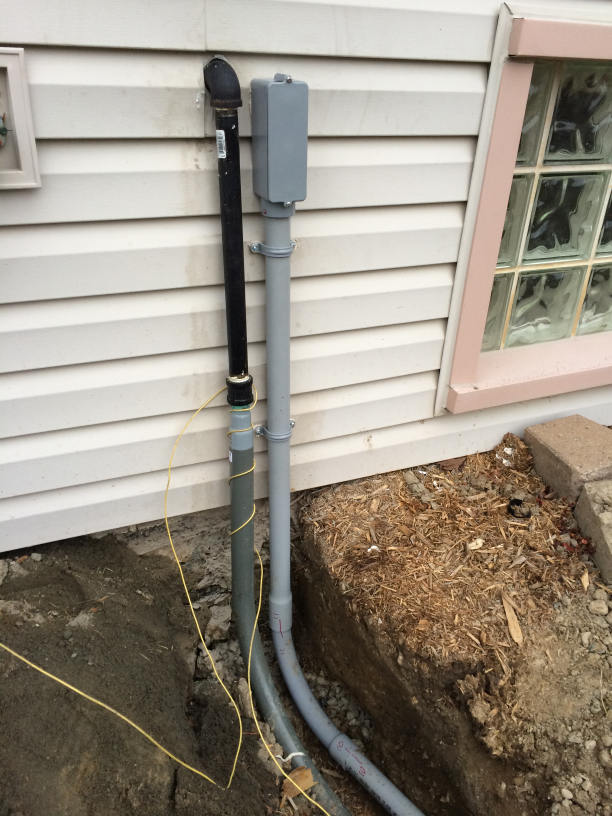 Detouring around underwater drainage tubes and an old deck…. 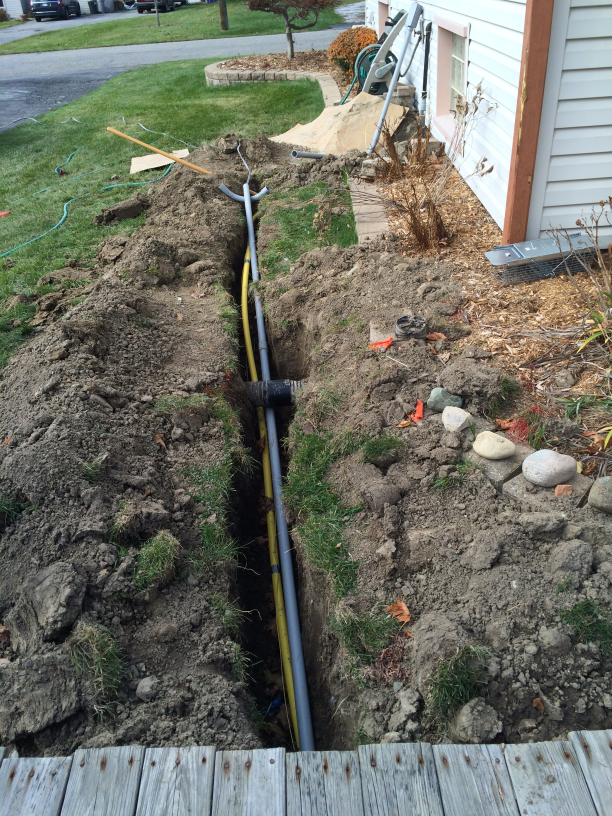 Hanging bolts from the above-ceiling beams…. 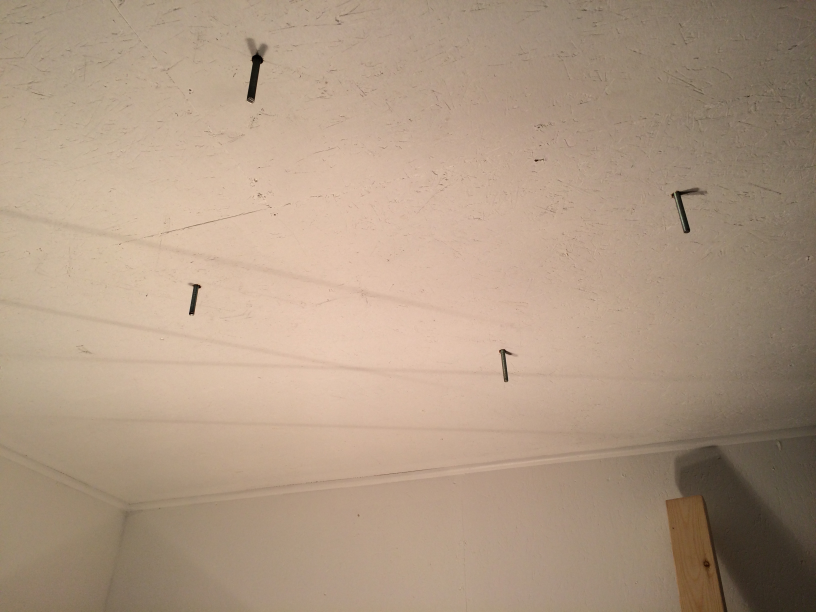 Quite the jigsaw puzzle of tubing. Some came with the heater, some I had to deduce and purchase myself from a local heating and cooling supply shop. 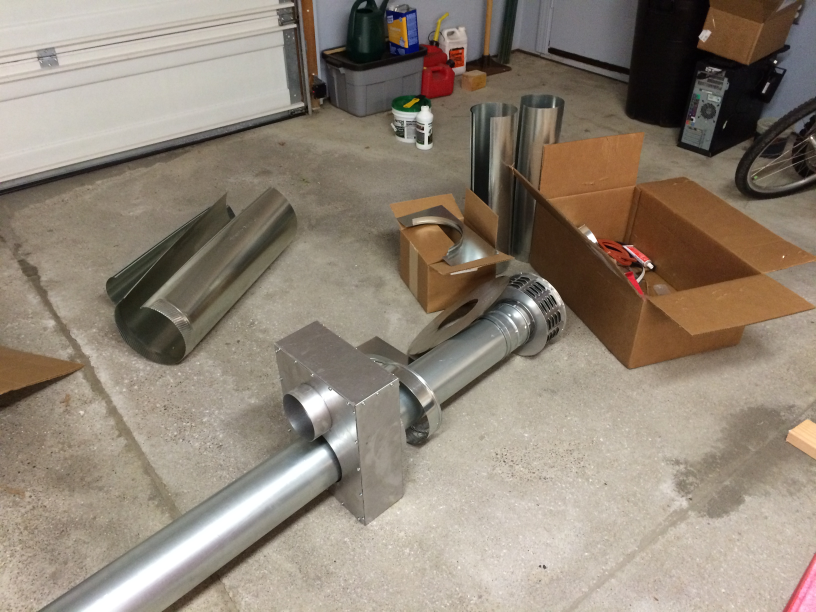 The external setup brings fresh outside air in for combustion, shielded from the exhausted nasty stuff by the big round plate. 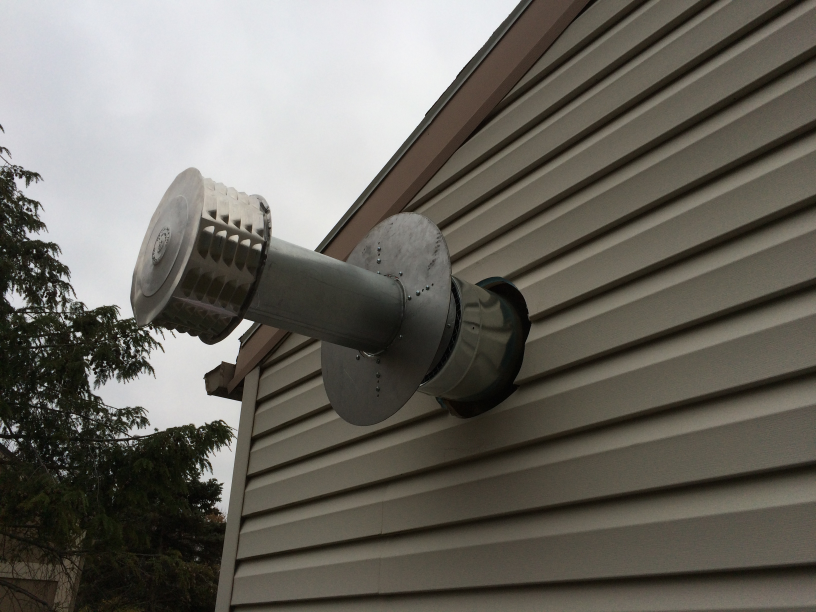 The final interior setup. Complete with a wireless internet thermostat that I can control from anywhere it works well and is reasonably quiet. The shop goes from 40 degrees F to 60 in about 10-15 minutes. I hate the orange high-heat silicone caulk around all the silver aluminum joints….I wish it was available in silver. It’s a silly thing but it bugs me…and you can’t paint silicone. 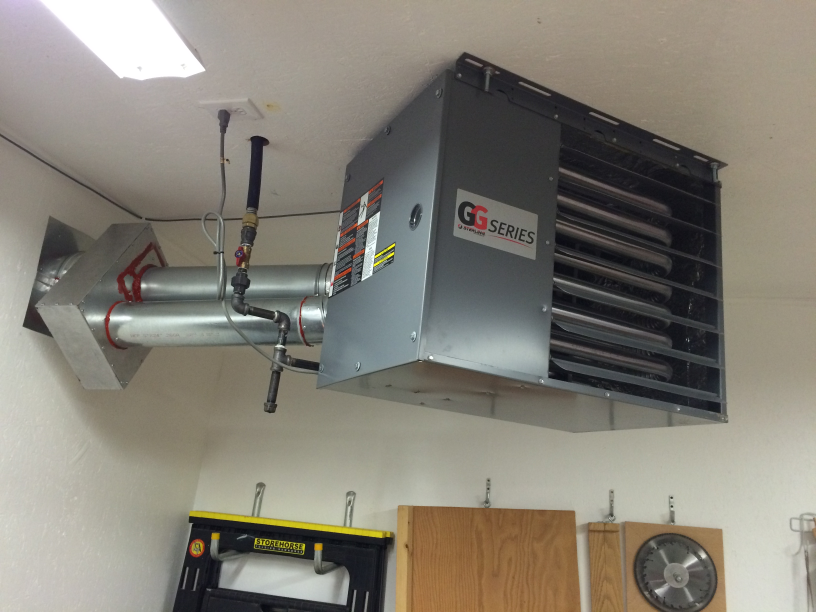