Putting the layers together….

I built each “layer” of the reactor so that each could be built independently of each other in case I made design changes along the way, and I was glad I did so.

I had planned on adding an inner ring of light to the interior of the reactor using an LED ring light used in car taillights. When I bought one it wasn’t as bright as I’d hoped to I scratched the idea. I decided to place eight more high-intensity LEDs behind the repulsor emitter in a 1/4″ area of space.

Here’s a pic of the layers disassembled and assembled: 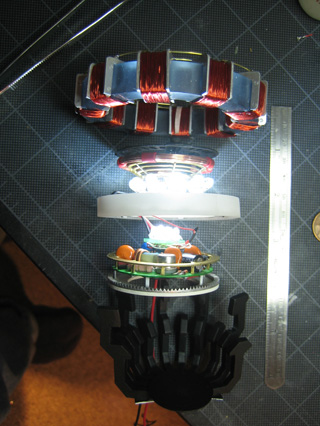 The layers consist of:

Here everything is stacked together and some of the heat sink fins are removed. 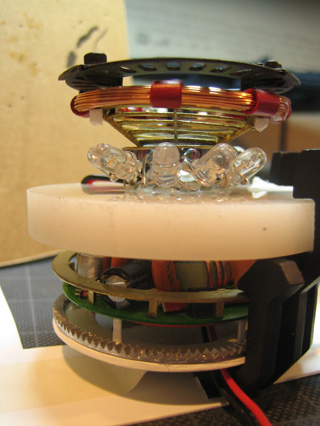 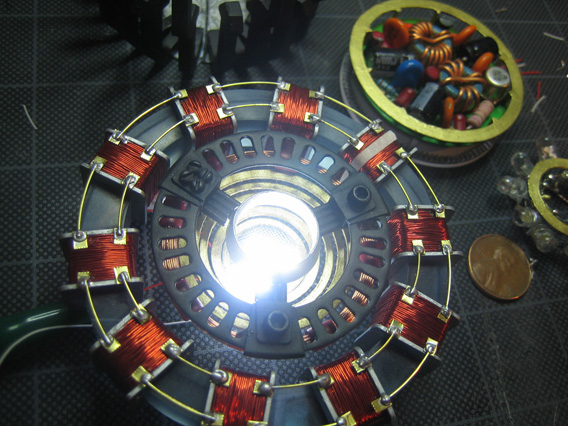 Here it is with all parts assembled: 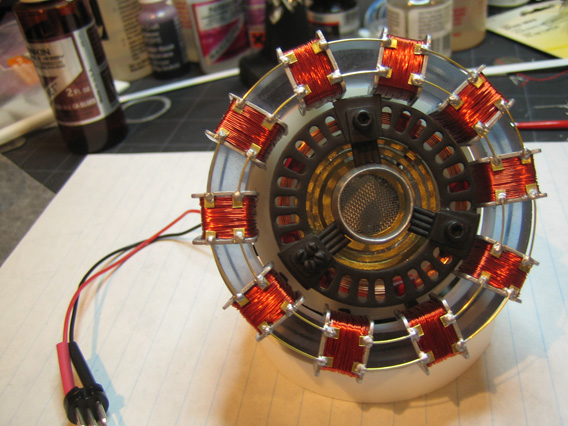 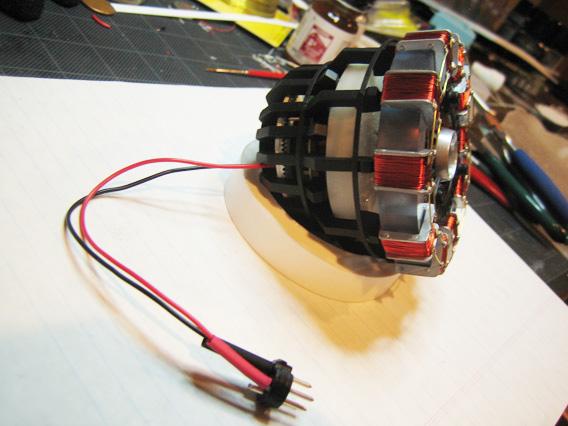