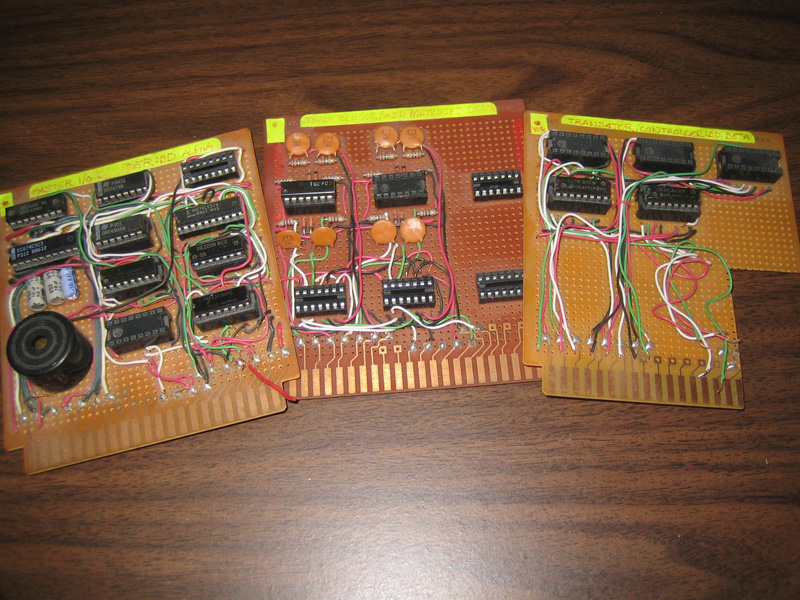 Around 1987 I was into my home audio/video system big-time. Between surround, cassette, open-reel, mixers and synthesizers I spent more time wiring than I did using the gear itself. I thought it would be fun to build a matrix router for all my gear. My buddy Dieter, who taught me a lot about analog electronics, had helped me design and build a 16 channel mixing board already so I thought I would tackle this one on my own.

-Capability to breakaway any channel

-Touch switch user interface (touch switches were so new and cool back then!)

I broke the project up into several boards that were then plugged into a motherboard bus that was contained in a 19″ rackmount case. I’m not sure what became of the front panel/user interface I originally built….that was a few years ago.

The middle board (pictured) was one of two boards that with custom touch-switch circuitry to handle a keyboard of small metal plates arranged as a phone-type keyboard. You typed “Source” “2” “Destination” “5” and that would send input #2 into output #5. This typing was interpreted by the leftmost board (pictured) into a parallel array of data that was used to control the rightmost board–one of several boards that handled the A/V matrix switching. Note the missing chips that were scavenged for later projects!

It worked. A little piezo returned a “click” sound as you touched the metal button/plates giving it a nice “aural feel”. Video quality was weak because analog video circuitry wasn’t my strong point. Audio worked well although bandwidth was weak because of the switching chips I used. I learned a lot about analog circuitry on this. I didn’t take it much further than a few ins and outs….once I realized that the quality wasn’t there it was hard to stay interested. 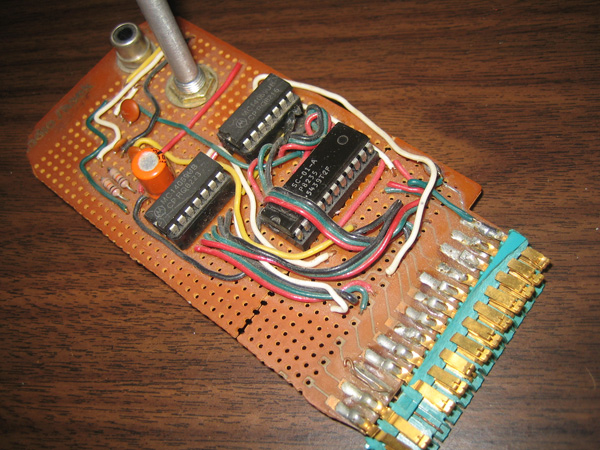 Back around 1983 I was experimenting with Voice Synthesis in software on a Commodore 64, recording phonemes and playing them back. At the health club I worked in I met a gentleman who was a saleman for the Detroit-based Votrax company that created the SC-01 Voice Synthesizer chip. When he heard I was an electronic hobbyist he graciously gave me an SC-01 chip (which retailed for several hundred dollars as I recall).

I went right to work building a small amplifier/buffering board for this puppy so I could plug it into the parallel port of my C64. I still remember how cool it was to piece together human-sounding voice from that little chip! 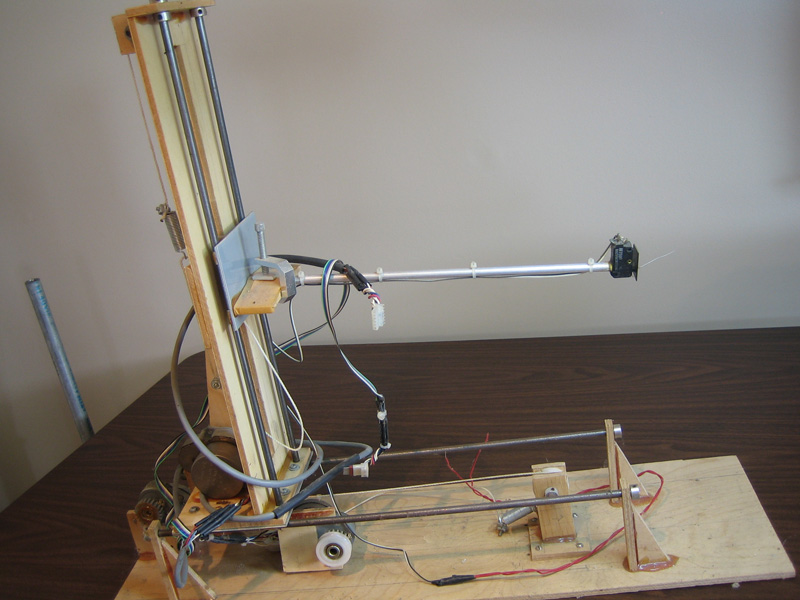 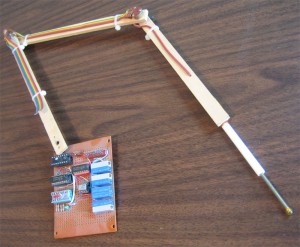