Final assembly of the hull.

One thing I realized early on was that the internals–wiring, fiber, electrical–had no room for error. Because everything was glued as it was built, constant testing was essential. If I glued the hull together and something failed it was all over.

At one point I considered making the hull attach with screws or something, but it would have been impossible to do with less than a dozen or more attachment points and I didn’t want to mar the surface of the model with them.

It was a race to get the epoxy in place for the entire surface area around the hull before it’s pot time expired (30 minutes). I almost didn’t make it in time. Everyone should have dozens of these pony clamps on hand for projects like this. Note the sponge cloth protecting the surface of the model from scratching by the clamps. 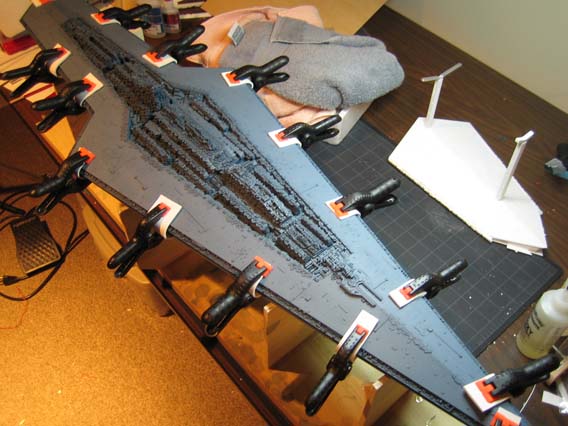 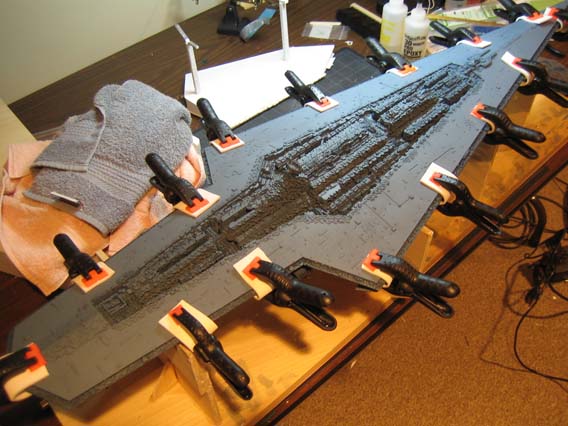