Originally my intent was to enclose the entire ship in a plexiglass box. When the price of oil began to climb the price of plexi did as well (according to my vendors). I couldn’t get a quality case made for less than $400 and decided against it. So I spent some time building a base that mimicked the style of the destroyer itself. It was worth a week of work. The two verticals contain steel rods for strength and wiring. The large vertical has two aluminum rails that touch two screws on the bottom of the model to supply power. 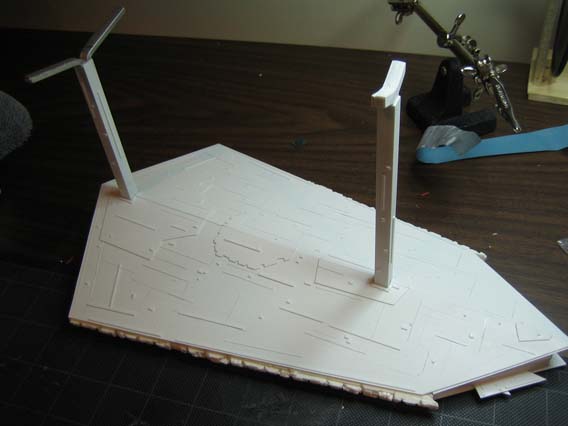