A flaw in the plan….

I decided to redesign my lighting by placing the LEDs into a “chandelier” configuration underneath the repulsor emitter. This actually gave me a brighter light than my original plan.

Here’s a test lighting arrangement with LEDs and their current-limiting resistors…. 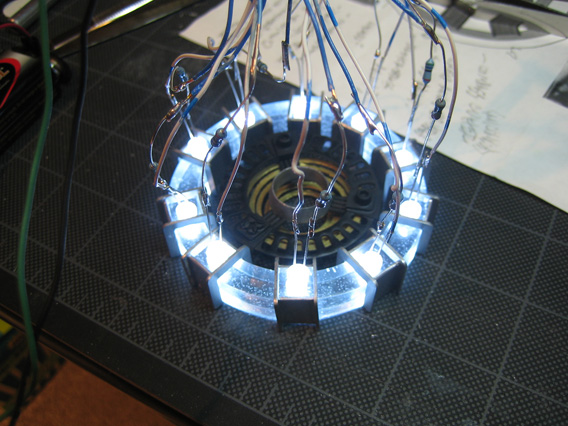 Here’s the “Chandelier” arrangement I came up with to light the ring from within–it had to fit within a very small area of the repulsor emitter rings: 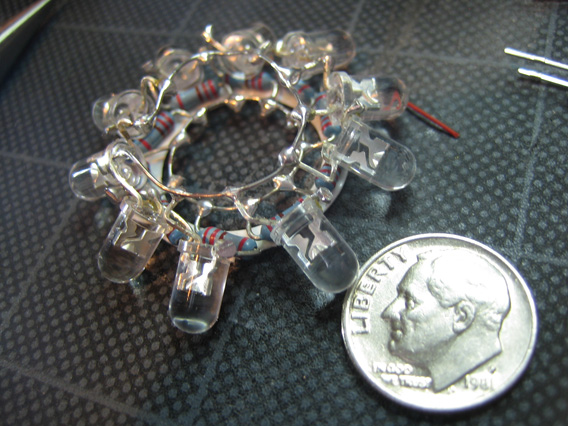