Originally I planned to have the arc reactor be just the ring itself in thickness so it could be worn under a shirt. Like most of my projects it evolved into the complete prop including it’s base. The base as it appears in the movie looks very much like a heat sink (given some creative liberties). This added a few inches of thickness to it but also gave it more accuracy.

I started by trying to carve the heat sink “fins” (of which there are twenty total of two types) of styrene–my medium of choice. They turned out to be too thick for that approach so I went with plan B.

I carved a prototype from thin styrene, then “traced” that onto a rolled piece of Sculpy clay of appropriate thickness. I then baked this in the oven for hardness, finished it with files and coated it with a sealer so it couldn’t absorb moisture. This gave me a prototype fin (two different prototypes, one for each fin type actually). 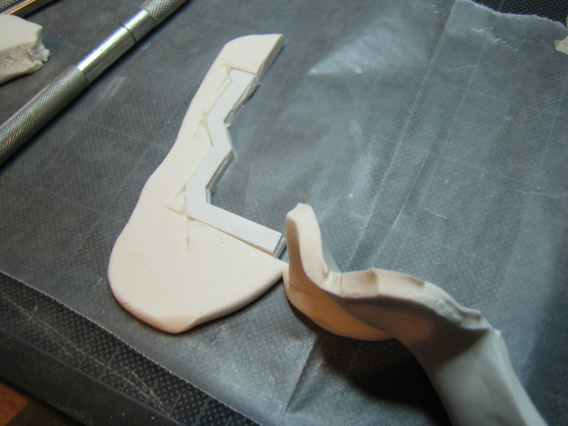 Then I built a mold box to accomodate the Sculpy prototype and cast a negative mold in my old friend, Smooth-on Oomoo silicone rubber after spraying it with lots of mold release. 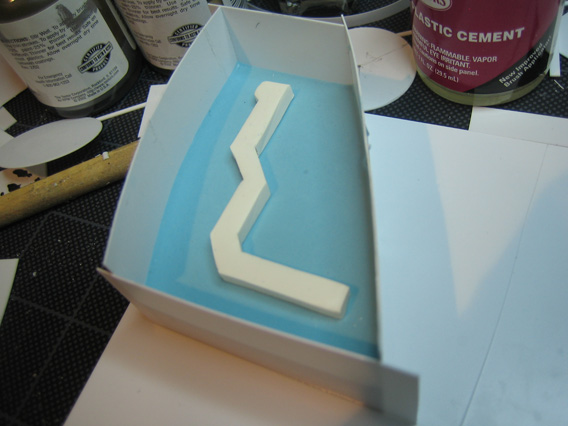 I did this one using a two-piece mold technique: I poured liquid silicone into the mold box while empty to the half-way point and let it level and cure for 90 minutes. This gave me a flat base thanks to our friend gravity. I then sprayed it with more mold release and place the sculpy heat sink fin prototype flat onto the silicone base. I then poured more silicone onto the fin to the top and let that cure. After 90 minutes this gave me a nice two-part mold in which one half contains the actual part. This has the benefit of keeping the “flash” caused by resin leaks at the very edge of the part and makes it easier to finish. 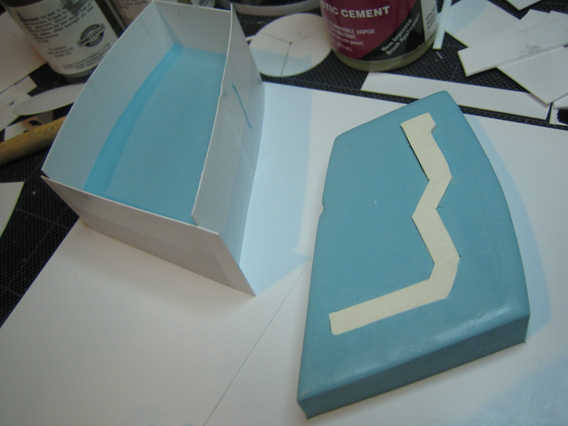 For the resin itself, I used Smooth-On’s “liquid plastic”, called Smooth-Cast 300. This stuff is fantastic! It’s very important to get the ratios precise–the tiniest amount off and your castings are too flexible and mushy. Even though the measurements are by volume, you need to be very precise about it–no eyeballing! The resulting urethane plastice is hard enough to be finished like plastic but it is difficult to get paint to stick to it. Washing it with a degreaser (I use Simple-Green) and a resin-prep compound it critical and it helps to rough it up a bit with 1000 grit we sandpaper before a base coat.

Because I made a creative change to the shape of the fins I had to start over, but it was worth it. The new shape I have for the fins utilizes them to actually hold the internal parts, eliminating several brackets that I was going to create. Now the fins become actual structure parts of the arc reactor.

Here’s the finished 20 cast heat sink fins of the final shape. The first two have been glued to their base…. 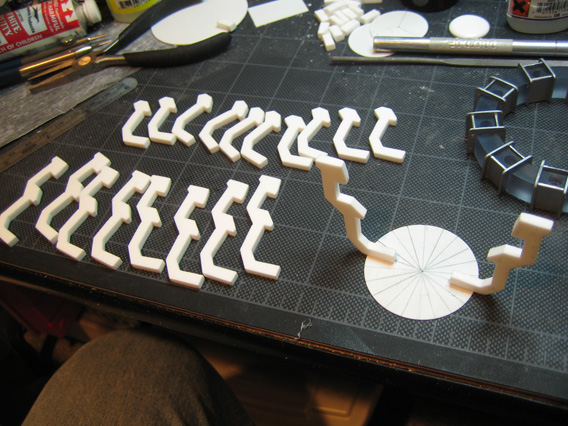 They are so closely aligned that I had to create a jig to mount them properly after painting–I knew I’d never be able to get paint between them if I waited until after mounting. 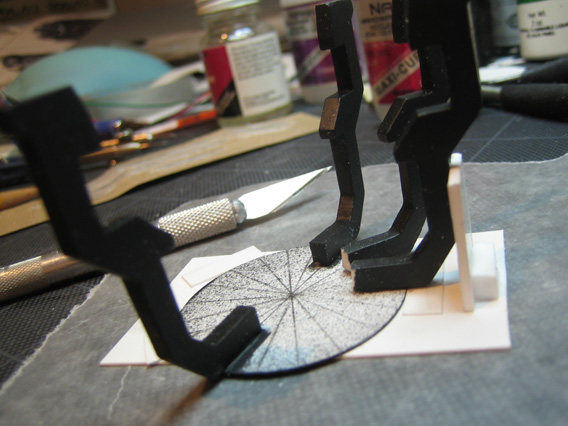 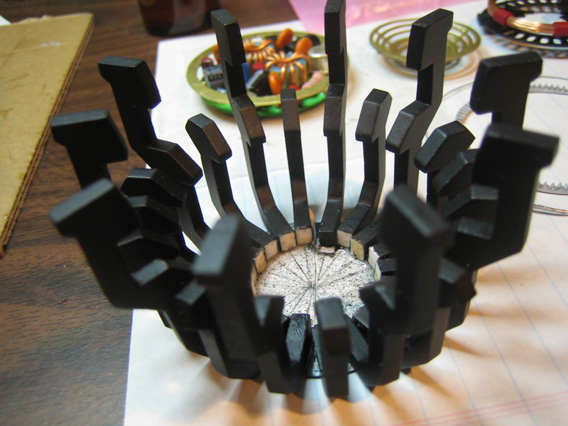