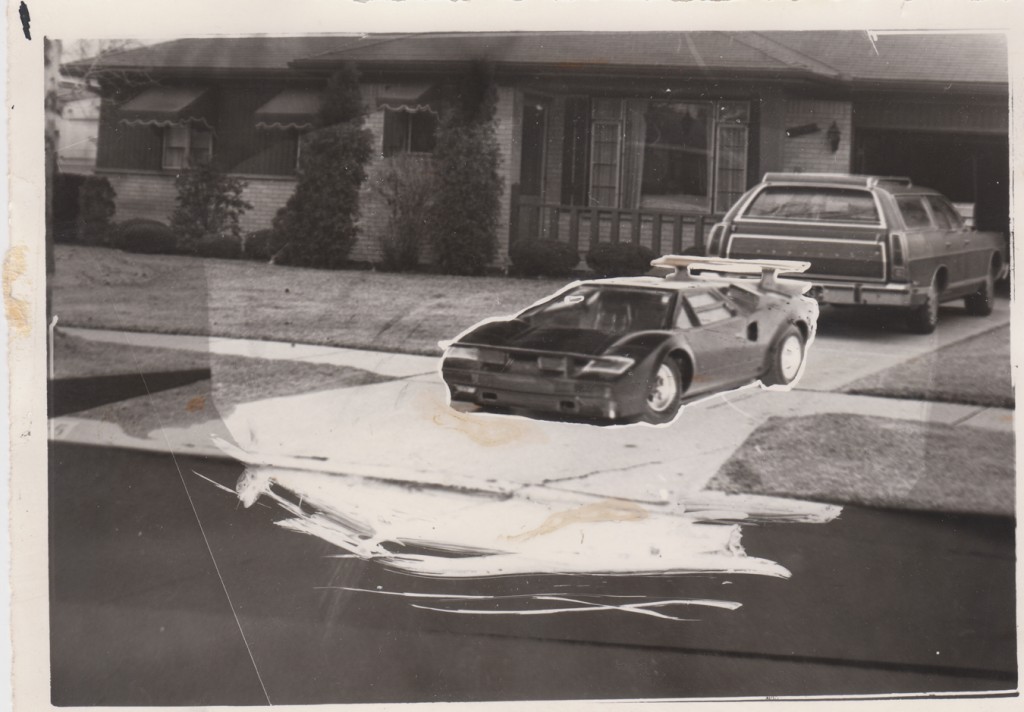 It was 1982. After a several years doing simple composites in video, I was determined to do a film composite. I spent several weeks building a simple optical printer using equipment at school that was originally for printing BW film. I setup a model that my brother had built and shot it on BW film, shooting an overexposure of the same print onto Kodalith hi-contrast stock for a matte. Then I traced the matte with ink and filled it in to create the negative matte. A final garbage matte for the outer areas saved me a gallon of ink. I was in a hurry to see the results because I could only borrow the darkroom for so long before I would get kicked out so my exposures and density weren’t perfect but it was enough to test the system. It took two exposures including the background, foreground, garbage matte, positive and negative mattes. I was pretty pleased with the result of my first film effect using my homemade optical printer.